Senior Wire News Service — I rarely, rarely comment on our son’s posts. Okay, I break that rule all the time. Last night our son went to see Apocalyptica in Washington, D.C., so I commented on the picture he posted. Do I know Apocalyptica from a hole in the ground? No, but the venue was beautiful.

When a 19-year-old Harvard sophomore created what would become Facebook in his dorm room, could he have imagined its global reach among all ages? A new study from Visiting Angels (www.visitingangels.com) shared the feelings of some millennials who secretly want to unfriend Mimi and Poppa, who they believe, tend to post embarrassing stuff.

According to the study, here are the top no-nos for Grandma and Grandpa:

In 2017, there are 2.01billion Facebook monthly users worldwide. While much public perception focuses on the social media activity of millennials, don’t sell Nana short. Data from Pew Research tells a different story. Among online adults, the percentage of those who use Facebook in the 50-64 age group is 63% and 56% above age 65 in the most recent statistics available.

Marketers should not ignore us. We baby boomers are here to stay and still make an economic impact.

Like many other people my age, I first went on Facebook to monitor our son. At the time, he was a freshman in college, moving 1,100 miles from home. He’s not the type to call or text daily (or sometimes even weekly), so seeing his posts gave us a sense that he might still be alive.

Over time we developed rules. I rarely, rarely comment on our son’s posts. Okay, I break that rule all the time. Last night our son went to see Apocalyptica in Washington, D.C., so I commented on the picture he posted. Do I know Apocalyptica from a hole in the ground? No, but the venue was beautiful. If he doesn’t like what I post, he just takes it down. 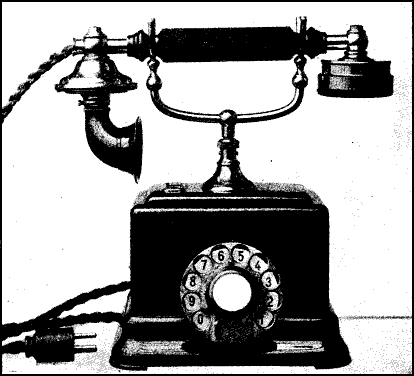 Since he rarely comments on my posts, if I need to refer to him I use “Junior.” He’s not tagged and generally won’t see it, as in “Junior met Senator Elizabeth Warren yesterday.” This tactic allows the parent or grandparent to brag but keeps millennial eyes off the post. Of course, I’m entitled to this one joy. My cats are all dead; I have no kitty pictures to post anymore. Vacation is but once a year, and I’m not a grandmother.While baby boomers are active users of social media, it is their children and grandchildren who tend to be the early adopters, especially the millennials.

Dr. Tamara Wandel has researched and published on social media topics since its inception in the early 2000s. “Young people are the fastest growing adopters of the newer online platforms, so they’re very interested in trying out what’s trendy. Young people still check in on Facebook, but they’re more apt to post a quick photo on Instagram, keep up with a daily Snapchat streak with friends, or retweet something on Twitter,” said the professor of communication at the University of Evansville (Indiana). “But Facebook remains the most popular social media platform, and its registered users are more broadly representative of the U.S. population as a whole.

She added, “To put in context, nearly 80 percent of online Americans use Facebook, and for Twitter, the amount is closer to 25 percent.”

While the younger folks may lead the way, seniors will likely be bringing up the rear. A British study reported by the Telegraph noted 4 in 10 baby boomers now use a smartphone, up 11 percentage points in a year, while the use of smartphones among the over-75s has nearly doubled from 8 percent to 15.

Some seniors remain resistant. The Telegraph study noted that half of the over-75 group had “no plans to use the Internet.” In my life, my 87-year-old father has no need for Internet as he has AmyNet and AndyNet (that’s us). When he wants to know something, he’ll call one of his children, knowing we have “the box” in our hands.

How did the Cubs do today? What’s happening in the market? Can you find the address of my sophomore year college roommate? Where did the Lincoln funeral train go in Indiana? (Helps that I’m married to a research librarian.)

But, God forbid Grandpa to call either of his grandsons for the same request or express any interest in going on their Facebook pages. That would just be wrong.

Amy McVay Abbott is a newly retired healthcare executive who can be reached @ravensenior on Twitter or amyistheravenlunatic on Instagram. She is not competent at either technology but gives it the old college try.

Please share on your social media.  It only takes a minute and will make an independent writer smile and earn millions of dollars (well, that’s an alternative fact), but do it anyway.  Thank you.