The magnitude of opioid use among seniors is astounding …nearly a third of Medicare beneficiaries receive prescriptions for commonly abused opioids, including OxyContin, Percocet, Vicodin, and Fentanyl or generic equivalents.

While the mainstream media reports on the opiates epidemic, another concern about opioid use hide in plain sight. Nearly 12 million Medicare recipients received at least one prescription for an opioid painkiller last year, according to a federal report.

“The magnitude of opioid use among seniors is astounding,” according to Frederic Blow, director of addiction research at the University of Michigan medical school, in “StatNews.” The article also noted that nearly a third of Medicare beneficiaries receive prescriptions for commonly abused opioids, including OxyContin, Percocet, Vicodin, and Fentanyl or generic equivalents.

Why should seniors and caregivers be mindful of opioid usage?

“Here’s a common scenario. Seniors may experience back pain, migraines, hip pain, arthritis knees, pulled muscles, or whatever.” She said. “Some people will not take NSAIDs — ibuprofen or naproxen — because stomachs and aging kidneys will not tolerate them.”

Robotti said many seniors do not like to take acetaminophen (Tylenol) because the difference between an effective dose and a toxic dose is just too close. She added that a physician might suggest a patient “take an Aleve and give yourself a couple of days.”

Many seniors will come home with an opioid instead of the other options, and sometimes it may be prescribed by a dentist for a procedure like a root canal.

“In aging bodies, metabolism slows down. Our kidneys and liver are organs through which drugs pass, and the organs now move more slowly. Drugs are in the body much longer, so the half-life is longer,” she said. “A drug that might last six hours in a 50-year-old body could last 50 percent longer in a senior.”

Why Do These Drugs Act Differently in Aging Bodies?

According to Robotti, “They up your dopamine level and slow down your pain receptors so that you feel less pain.” These benefits explain why opioids are beloved.

But, as she continued, “The medications slow everything down. For some seniors, slowing of systems is a bad idea.” Robotti spoke of new drug for opioid-induced constipation due to slowing of bowel function for older adults. Constipation may lead to yet another medication.

Anyone with breathing problems should be mindful. “Opioids typically depress respiration in all age groups. Of course, older adults are more likely to suffer from COPD and other respiratory diseases from long-term smoking to simply living a long life. Many things like pollution and asthma may cause respiratory problems.”

Many opioids, alone or in conjunction with other prescribed drugs or over the counter medications, may impair cognition. This may lead to a higher risk of falling, and the consequence of a broken bone.

Robotti also worries about herbal remedies and supplements because they are unregulated by the FDA, which only gets involved if there is a problem. If someone needs an herbal remedy or supplement, Robotti recommends consulting a pharmacist about which brand is the best. Not all supplements and herbal remedies are created equal, and Robotti believes pharmacists can help make an informed decision.

What’s the Wise Health Consumer to Do?

Robotti offered suggestions: talk to your medical provider and pharmacist, use the Beers Criteria, and try non-drug options. “And don’t just say ‘should I take this drug’ but ask ‘how does this work in my body. Is there a non-drug alternative for me?’” 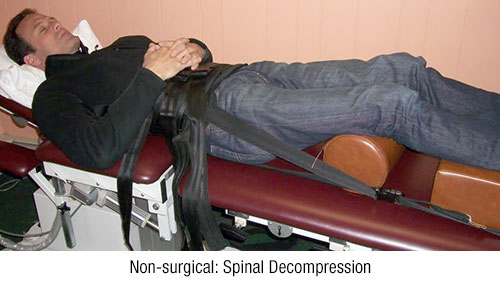 “There have been several studies that have shown pain can be effectively managed by non-drug options. Our society has an attitude that nobody should be in pain for any moment of the day. I am not suggesting that people live with chronic pain. If the pain is temporary and you know there is a cause for it, try meditation, ice packs, cognitive behavioral therapy, and putting your feet up. Give yourself the chance to heal before reaching for an opioid.”

Robotti started MedShadow borne of her own experience – she was exposed to the synthetic hormone Diethylstilbestrol (DES) while in her mother’s womb. She formed the group to help consumers understand that many drugs have unintended consequences. DES was prescribed from 1938 to 1971 to women at risk of miscarriage and other problems of pregnancy. It was taken off the market 45 years ago when discovered a relationship with cancer in the children born from women who took the synthetic estrogen.

Final word? Please consult your personal health care provider about what is best for you.