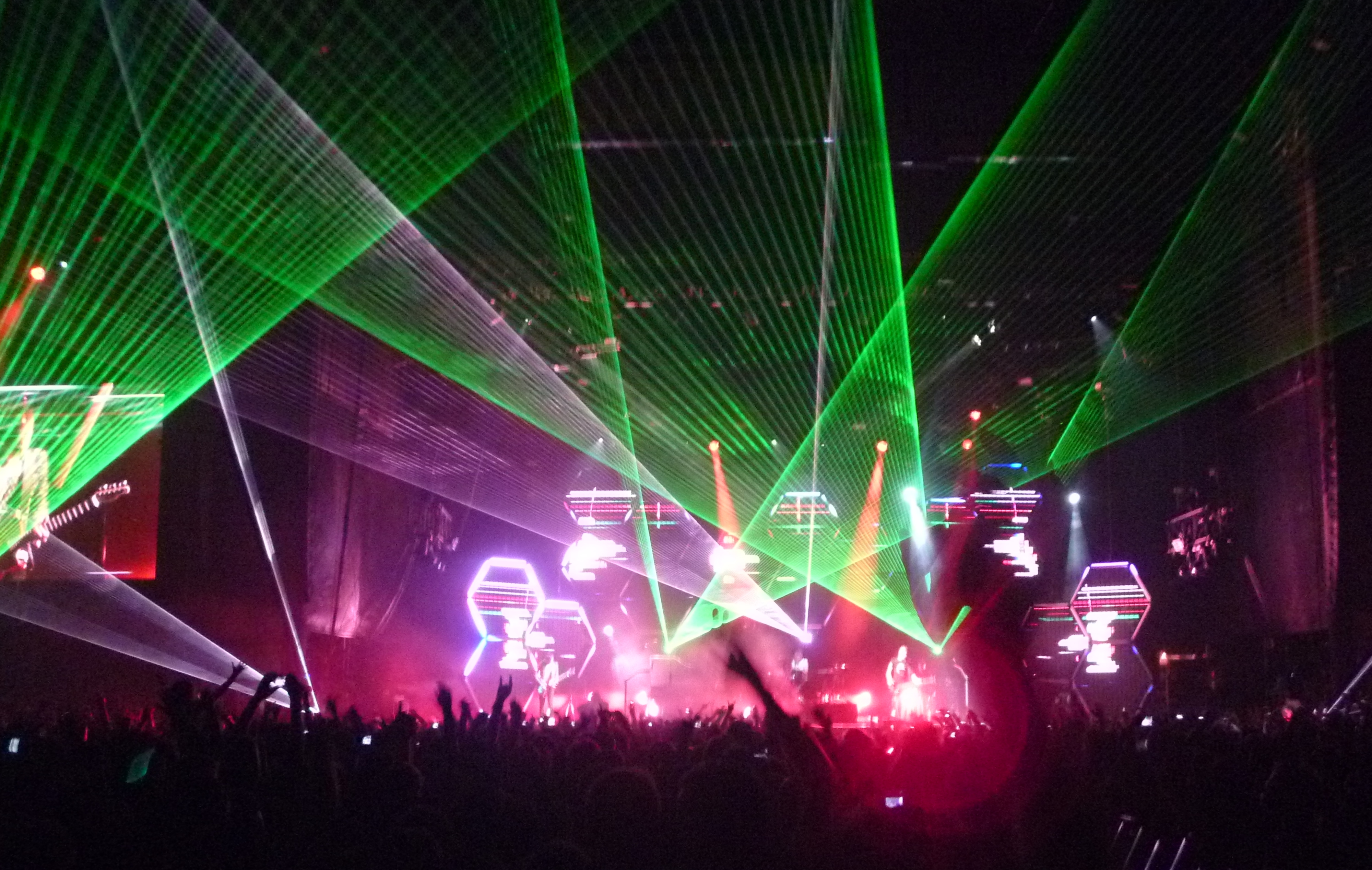 February 1, 2016 — Tonight my adult son is going to hear MUSE in concert in the District of Columbia where he lives.  He is extremely excited about the event.  He posted a video called “Bliss.”  I want to share his enthusiasm; I know he’s tried to get tickets for past concerts and failed.

I watched the video which is four minutes and 52 seconds in length. I lasted about a minute and a half.  It made me dizzy, and I couldn’t understand the words.

I HAVE BECOME MY PARENTS.

I have become my parents, the people who stopped listening to most modern music in 1955.  Long before the Big Bopper, Ritchie Valens, and Buddy Holly died in a plane crash in 1959.  Long before Elvis went into Sun Records and wowed them with his voice and moves.  Long before “Good Golly Miss Molly” and the Platters.

When my parents got stuck,  Pat Boone and his white

shoes were popular.  My parents always listened to standards, but popular music for them ended when they got married. Music filled our home with albums by Andy Williams and Mantovani and the great Broadway musicals.

Take a look at the Top 30 Hits of 1955.  While the rock classic, “Rock Around the Clock,” grabs second place, most of the top groups or artists are those I associate with my parents–Mitch Miller, Roger Williams, Les Baxter, the Four Aces, the McGuire Sisters, Pat Boone, Tennessee Ernie Ford, and old Blue Eyes, Frank Sinatra.

While open to some new music, my parents were mostly fixed in 1955 and before. But, Elvis and the new rockers were too out there, too foreign, too unintelligible for them.

In spite of my parents white-bread tastes, some rock and roll turned into standards and became favorites. My father begged me to play Paul Mariat’s 1968 “Love is Blue” on the piano for him again and again.  Songs by Simon and Garfunkel and the Beatles stood the test of time. Do we think of “The Sounds of Silence”  or “Yesterday” as rock songs anymore? I swear I’ve heard “Don’t Get No (Satisfaction)” by the Stones on Muzak in an elevator.

As the oldest child, I didn’t have an older sibling to influence my musical tastes.  With brothers who graduated from high school in 1961 and 1969, my husband, Herman, learned early about rock and roll. To this day, he maintains a collection of anthologies, and can name group, song, and the year.  And hums a mean “Devil with the Blue Dress”.

I bought “My Baby Does the Hanky Panky” by Tommy James and the Shondells at our local Rexall Drug Store in South Whitley, Indiana.  A little too young for the Beatles, I loved The Monkees and Bobby Sherman before I started high school.

The summer of 1971 was a magical, musical summer. The music of 1971 has stayed with me all of my life. Hits like “Joy to the World,” Maggie May,”It’s Too Late,”Me and Bobby

McGee,”  “You’ve Got a Friend,”The Night They Drove Old Dixie Down,”If You Could Read My Mind,” and  “That’s The Way I’ve Always Heard It Should Be.” The early seventies brought us the Carpenters, the Eagles, America, and our first beloved albums, “Tapestry” by Carole King, “Harmony” by Three Dog Night, and “Pearl” by Janis Joplin. Other favorites by James Taylor and Carly Simon and Aretha Franklin and Elton John and Joan Baez. What wonderful sublime music that fills me with joy to this day.

How many times did you play “Tapestry” on your turntable,  until it scratched and whistled?  Then replaced with an eight-track, then a cassette, and finally a CD which you put on your phone or MP3 player.

From 1971 on, music went downhill in the seventies.  And then I got stuck.  Look at this list of number one songs from the seventies, and perhaps you will understand why.

It’s painful to see it in writing.  Captain and Tennille make the formal break.  How can you go from the ballads of Paul Simon and Art Garfunkel to Daryl Dragon and Toni Tennille in five short years? And it just gets worse.   Even in 1979, Billy Joel is way down the list, a list filled with disco and mind-numbing, forehead-on-concrete, unintelligible music.

Like my parents, I found good music after 1979, but mostly the music died.  I had Fleetwood Macs and the Eagles, but I fixed on a point and never moved on.  Many of my heroes are icons.  Carole King was recognized recently at the Kennedy Center with a kick-ass version of “Natural Woman” by the amazing Aretha Franklin.

At least, I still have jazz, but that’s another story.

Addendum:  I know I will hear about my absolute ignorance from the Muse loving, Arcade Fire loving, Adele-loving, Bruno Marrs loving folks.  I’m working on it.  Be happy.  Crossposted at BlogHer